As part of META Controls Center (a 2022-2023 Florida Institute of Technology Aerospace Senior Design Capstone Project) I designed a system of wireless control components as part the Control Center's Remote Execution and Indication Network System (R.E.I.N.S.). The main wireless device developed was a wireless emergency stop button. The purpose of this device was to allow for the remote stoppage of a rocket engine firing on the META (Mobile Engine Testing Applications) rocket test stand developed by former Florida Tech students. Throughout the operations of liquid engine firing there are a variety of events that would require the immediate stopping of testing operations and return of the test stand to a safe state. The goal of designing these wireless emergency stop buttons is to allow for this to be done remotely by multiple personnel who are located outside the keep out area during testing.
The main hardware for the wireless emergency stop buttons are an Arduino and an HC-12 wireless module. These allow for a low level serial signal to be sent wirelessly to a receiver on the test stand triggering the stoppage of the test. Early testing prototypes were built on breadboard using jumper wires as a proof of concept. These early tests were successful, however, the various loose jumper wires and breadboard were deemed too unruly to be used in a finalized device. The possibility of perf-board was considered, but the more professional and easy to work with printed circuit board (PCB) was chosen.
The design of the PCB began in KiCad, and open source circuit diagram and PCB layout software. Beginning in the circuit logic designer, the main connections to and from the Arduino were established based on the arrangement used previously in the prototype.
Next came the layout process where the individual components would find their place on the circuit board. This began with the use of a publicly available Arduino UNO shield layout for KiCad. Next, the HC-12 module connection pins, resistors, button connections, and LEDs were added to the board layout. Then, traces were connected between each of the components to electrically connect them to the relevant pins on the Arduino headers. Finally, information regarding the board use and revision were added along with the META Controls Center logo.
The board design files were sent to PCBWay for manufacture. Upon their arrival components on the board were populated and tested.
With the electrical components now complete, at the time of this writing design has begun on the case structure that will house the individual components. 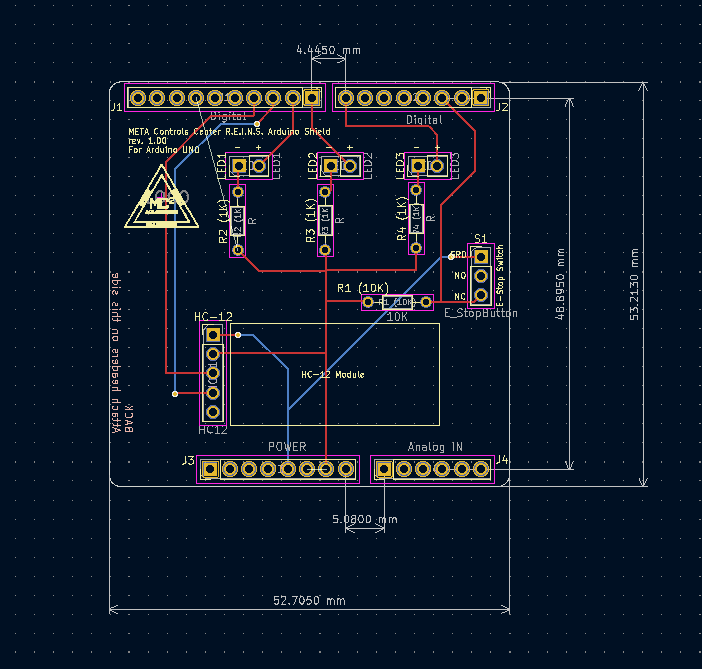 Printed circuit board design showing all board layers 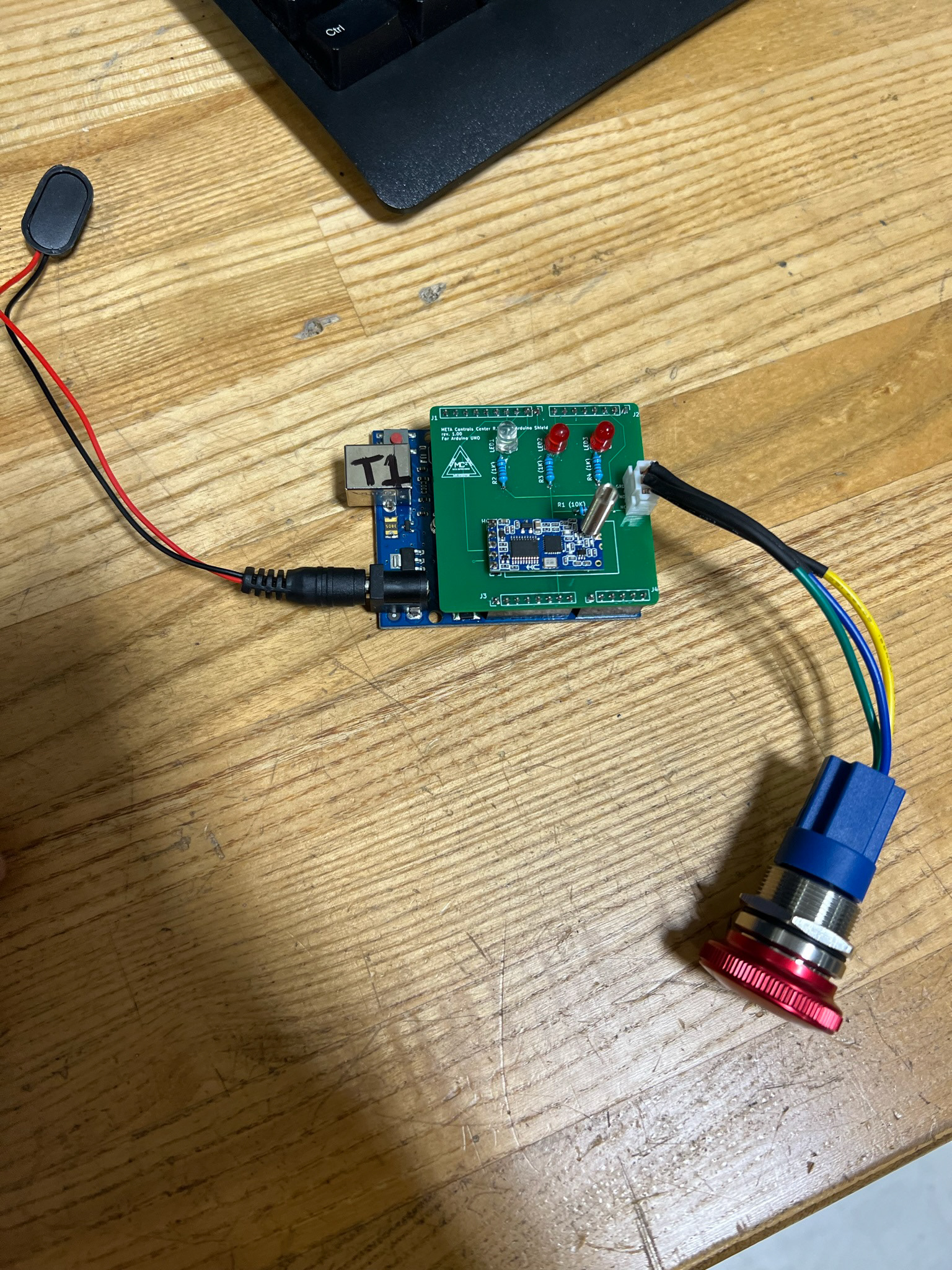 ADS-B Radio Planespotting with Raspberry Pi
↑Back to Top